This is the second cycle of the Art For Arachnoiditis Project, a charitable project of SheilaLynnK Art Studio Fiscally Sponsored by the New York Foundation for the Arts, began as an individual recovery project, became a one-on-one Conceptual Portrait Project for Survivors, and expanded to become a message of connection, empowerment, healing, Awareness and Prevention.

UPDATE 4.20.2020 ~ If you would like to make a tax deductible contribution to current charitable art projects at SheilaLynnK Art Studio, you can find out more about that HERE.

Survivors who submitted entries were entered for a chance to win an Arachnoiditis Survivor Portrait similar to the ones displayed at the exhibit. Two winners were announced at the close of the Call For Entries in February 2016. 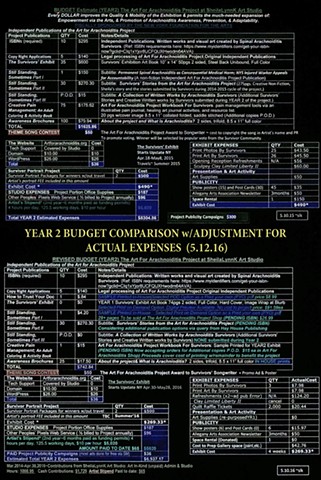 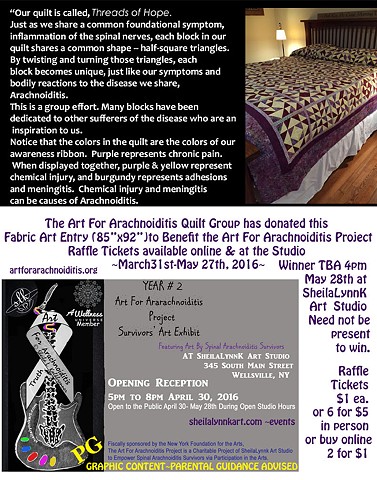 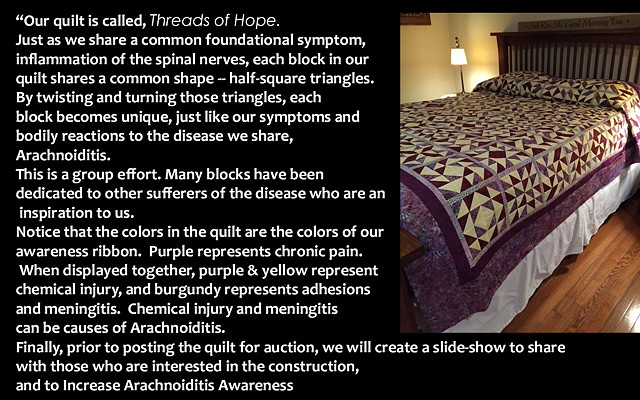 Threads of Hope~ In the Making
Video 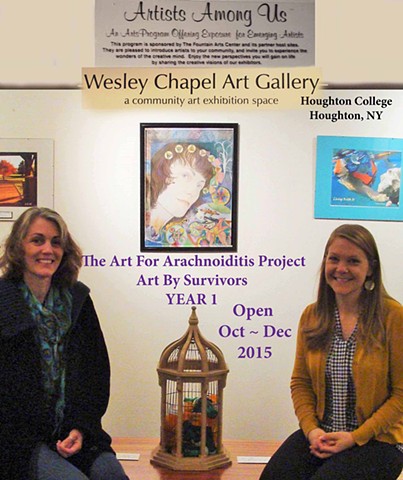 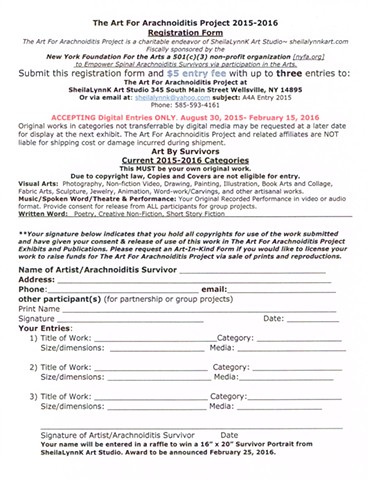 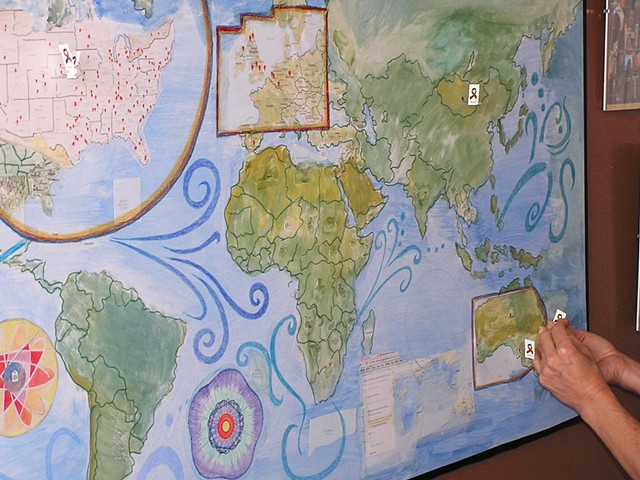 Map of the Survivors
Hand Painted on Gator Board 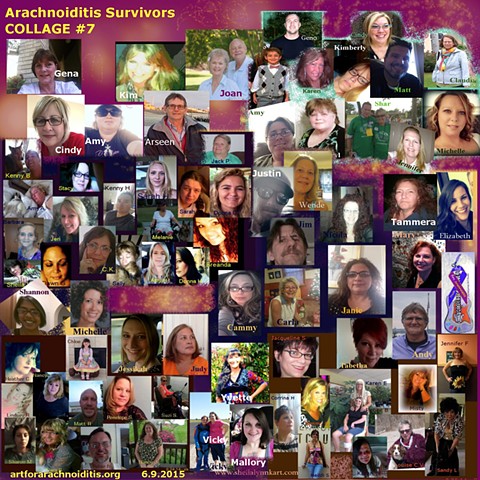 Collage of the Survivors # 7
digital collage 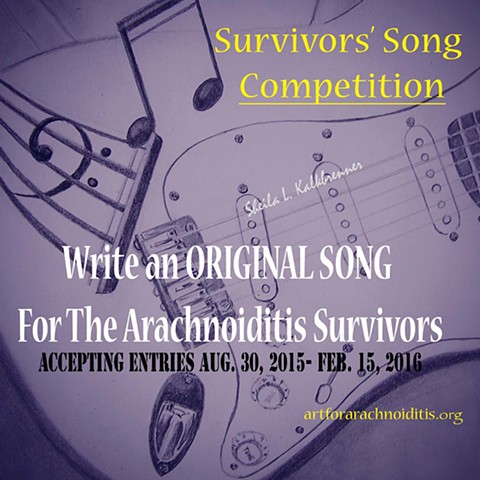 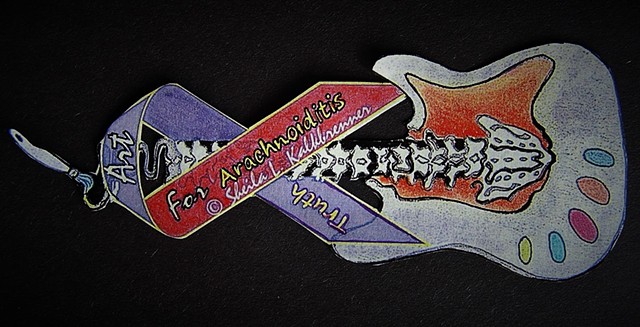 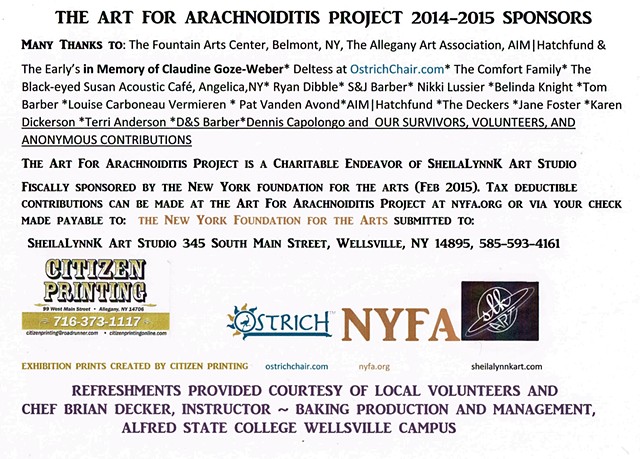 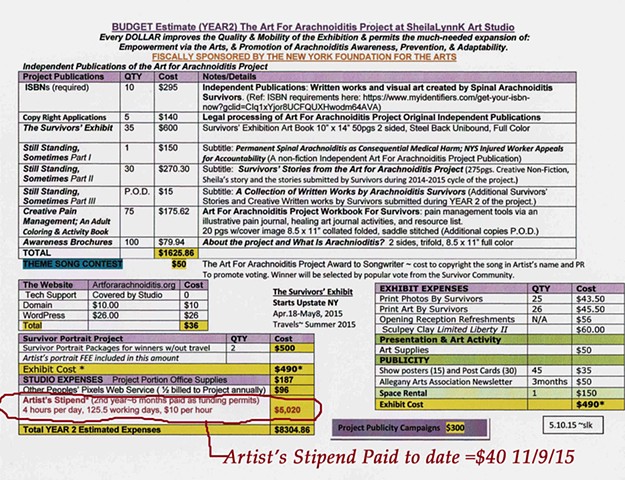